I think everyone would agree the Crossfit process isn’t always exactly plain sailing when it comes to progressing. It can become very frustrating. One week you are getting all the PBs and feeling like you are winning in the workouts, a few days later you can barely squat or do any of the weights or movements you were doing the previous week. This is normal, for every athlete whether you are at the top level competing or just trying to keep fit.

You may have heard the coaches and other saying talking about ‘the process’ and ’trust the process’. By that meaning be consistent with your training and work hard and you will see results. Working on weaknesses and trying to improve every training session and over time you will see results, if you follow a rounded training programme. It does not happen overnight. When training isn’t going well it can be hard to see improvements and how far you have come, especially when the PBs are few and far between.

When I first started at Crossfit Gain, I had some understanding of some of the movements and due to my sporting background (and genetics!), my endurance levels were pretty good. Initially, for a short time, my progressions were sky high for someone new to Crossfit. After around 5/6months I soon leveled off and when the more complex movements appeared in workouts and I could not rely on my engine, I just wanted to hide at the back of the class. My pull-ups were a combination of strict with a bit of a kick, my toes to bar and HSPUs were non-existent, my mobility limited nearly every movement I did in a Crossfit class that involved a barbell, especially a snatch (which is still my biggest fear), and squatting below parallel never happened! This is just naming a few things and I understand I may have been further ahead than some people at this point who are new to Crossfit. Everyone’s starting point is also relative to many factors but the principles still remain the same. I cannot even count how many times I have cried, become frustrated and angry (usually behind closed doors) at a workout where I have struggled due to not being able to do a movement or not doing it well in comparison to other days. I still do this today! Again this is mainly related to the snatch and any heavy lifts or a 1 rep max. However, one thing I have always ensured is that I attend the Crossfit classes consistently and always put 100% in (give or take a few bad days!). I do little bits of extra work outside of classes but have always followed Gain’s programming, very rarely if at all doing separate sessions. I know doing classes motivates me the most and I don’t have to think about my training. I turn up, do the class and that’s exercise done for the day, every day working to improve something different because of the nature of the programming.

Every day I am still learning something new and how to improve, what works for me and what doesn’t. I am being coached every session and there is no better way to improve than that. Every Crossfit athlete, competitive or not, however good they are needs to be guided in some way to continue to improve. No one however talented is a Crossfit expert after 6 months of starting, many questioning why they suddenly stop improving when they start doing their own workouts instead of being guided by someone and thinking they know better. Of course, we are not always going to PB every time we train and as time goes on the PBs are very few and far between (months if not over a year), which can be mentally difficult when consistently putting in the training. But eventually, a PB will appear again, however big or small as long as you keep striving to improve.

For me, progress has been slow but steady over time, which people like Tom have to remind me of every so often with how much I have improved because I do forget. But looking back at my progression, I have changed and developed as an athlete, which can be seen in my PBs but also in competitions. I started Crossfit full time at the start of January 2017. As many of you know more recently I completed The Rainhill Trials in July. I also completed in the same competition in May 2017, just over a year before with these being the only 2 individual competitions I have entered. In 2017 I placed approximately 65th out of 240 people overall (I seeded in the second category and placed 5th for those of you know how Rainhill competition works). This year I placed 10th overall out of approximately 240 people, seeding into the top Rocket category. Just writing that makes me realise the huge progression I have made in that time. But as much as this is a big achievement, for myself my biggest improvement has been my overhead mobility and snatch, which is still not great in comparison to many others. This may seem silly to some that my improvement in mobility means more than my competition placings! But for myself, it has been a huge mental and physical barrier to overcome and still needs more work. In turn, this has helped my lifts and all round movements in Crossfit, helping me to progress as an all rounded athlete.

I no longer worry about the PBs and tackle each session and class as best I can, getting competitive with myself (and a few other people!!). If I don’t hit the times, weights or reps I want to that day, I have a moment of telling myself that wasn’t a good session, think what went wrong and then try again another day. Right now I am really enjoying the training process and the varied programming and this is reflecting in my performance.

So if you really want to progress with Crossfit, whether that be for competitive reasons or just to get fit and to improve your skills, trust the process that has been tried and tested and works. Trust the programming you are following (whether than be Gain’s programming or others). The sessions are programmed for a reason and there is a thought process behind it, which includes taking regular rest days to recover. Listen to the coaches who are there to help and benefit you, work hard, and be consistent with your training. That may be 2, 3 or 5 sessions a week, whatever works for you and allowing for other commitments in everyday life. Most of all enjoy yourself and your training! 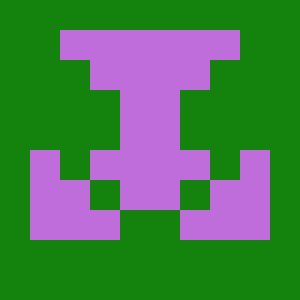